Little Axe, Bought For A Dollar, Sold For A Dime Album Review

By Andrew Lockwood in Music Reviews on 21 June 2010

The now half expected 'second coming' of many an artist thought past his or her prime continues. After the legendary American recordings for Johnny Cash it now seems that it is the accepted norm that former bright lights will shine brighter again in the sunset of their career. Having started playing at age 8, in 1957, and going through various bands and changes in direction Skip McDonald rose to prominence through Sugar Hill Records. The pioneering Hip-Hop label facilitated Skip to work with Afrika Bambaata, Grandmaster Flash and the Sugarhill Gang on some of the most innovative, creative and unique records of the time.

Although Skip has never stopped recording, this is album number 3 on Peter Gabriel's Real World Records, and number 6 in total under his own pseudonym, he is having something of an Indian Summer with the release of Bought For A Dollar. His 1994 Blues and Dub debut, 'Wolf That House Built', is now a dim memory. Back then the airwaves were still full of Brit Pop Blur and the nearest most bands would get to a blues/dub connection was through Massive Attacks 'Protection' or Portishead's 'Dummy'. Through the years though tastes have changed and a more soulful resonance has taken hold. 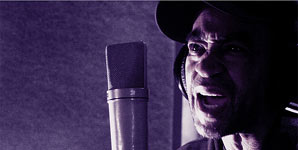