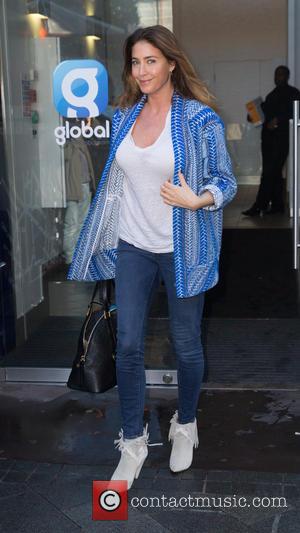 George Clooney's ex-girlfriend is an ambassador for Breast Cancer Care and also a jewellery designer for QVC and she will be taking donations by phone as part of the campaign.

Network bosses will then launch a three-hour telethon on Friday night in aid of the charity, featuring a performance from Lulu.

It will be QVC's 16th annual live fundraiser. Previous events have raised more than $8 million (£5 million).

"I am a passionate supporter of Breast Cancer Care so was delighted when I was asked to help take donations for the QVC charity show," says Lisa.

"I'm keen to raise awareness of the fantastic show that QVC puts on and urge people to pick up their phones and pledge their support to a great cause. Who knows, you could win an incredible prize, whilst you're at it!"

The telethon is not Lisa's only fundraising effort this year (15) - she plans to attend Breast Cancer Care's Charity Fashion Show on 7 October (15).

Last month (Sep15) she also helped stockbrokers in London as part of the BGC Annual Global Charity Day in honour of victims of the 9/11 terrorist attacks.