Lisa Marie Presley and her husband MICHAEL LOCKWOOD have decided to quit their UK home and move back to the US. 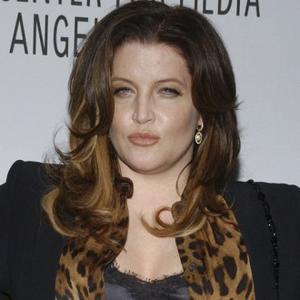 But after just six months in the sedate town she has decided it isn't exciting enough for her and has decided to return to the US with her music producer husband MICHAEL LOCKWOOD and their two-year-old twin daughters, Harper and Finley.

A source told The Sun newspaper: "Lisa Marie thought she'd love life in England but simply couldn't settle. She wanted to get away from Hollywood but ended up missing it. Although she enjoyed the scenery in Kent, the lifestyle wasn't for her."

It is not yet known if Lisa Marie - who was previously married to Michael Jackson and Nicolas Cage - has put the property on the market.

She paid £8 million for the 11-bedroom home which is situated on 90-acres of land and even has its own lake.

After Lisa Marie first moved to the UK she claimed she had fallen in love with the British way of life.

She said at the time: "We have found the quality of life so much more enriching and fulfilling. The civility, the culture, the people and its beauty have reawakened me and have smoothed out some of my bleak and jagged views about people and life."