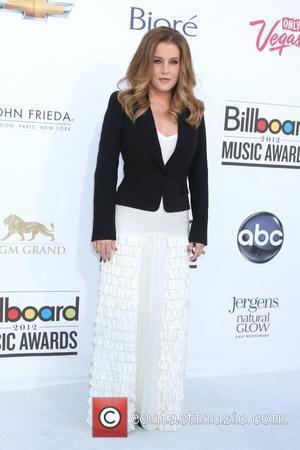 Lisa Marie Presley has intervened to stop a letter written to her by ex-husband Michael Jackson going under the hammer at auction.
The note, handwritten by the late superstar, was reportedly penned between 1993 and 1996 and details Jackson's battle with insomnia which ultimately led to his death from a drug overdose in 2009.
The message reads, "Lisa I truly need this rest I haven't slept litterally (sic) in 4 days now. I need to be away from phones and business people. I must take care of my health first. I'm crazy for you."
The letter was due to be sold off by Julien's Auction in Beverly Hills, California, but the auctioneers have now removed the item after being contacted by Presley.
Auction house owner Darren Julien tells Tmz,com, "I'm assuming it's (of) a personal nature, and we wanted to honour the request and continue our good relationship with Ms. Presley."
Next month (Jun12), the auction house will sell off the original tomb of Presley's superstar father Elvis.
The singer's crypt, where he was buried before his remains were moved to his Graceland home in Memphis, Tennessee, will go under the hammer as part of the Music Icons auction, which begins on 23 June (12).