Lionel Richie On Course For Number One Album After Glastonbury Show

Richie played a hit-packed set to over 100,000 revellers at Glastonbury on Sunday, a show that was also televised. Cue people buying 'The Definitive Collection' in their hordes.

Soul legend Lionel Richie could be headed back to the top of the charts, with the news that one of his compilation albums has received a massive sales boost on the back of his Glastonbury performance at the weekend.

The 66 year old singer played the Pyramid Stage on Sunday afternoon, in front of what was later confirmed as the biggest crowd of the entire festival. His hit-packed show was also televised on the BBC, making for probably the most well-received set of the entire weekend.

It transpires that the public has been snapping up his 2003 The Definitive Collection in their droves, with the compilation in the top spot in the midweek charts announced on Wednesday (July 1st). It’s a jump of 103 places! 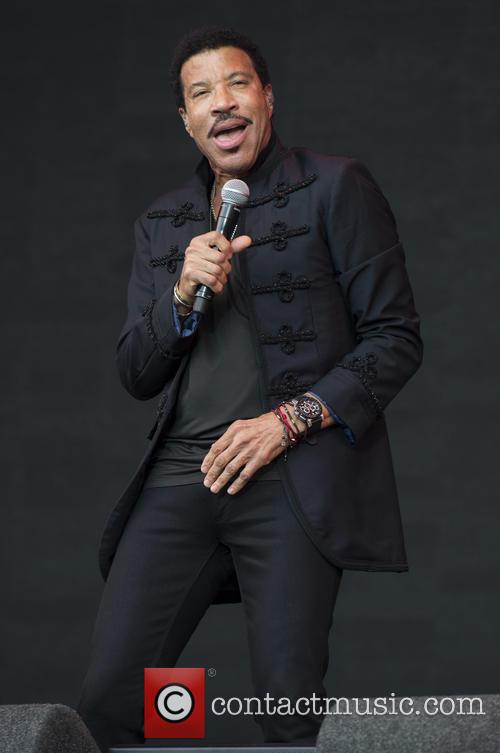 Lionel Richie is experiencing a sales boost after his Glastonbury show

“When they told me this morning, I was screaming like a kid with his first hit record,” Richie told the BBC in response to the surprise news. “I'm trying to be very calm about this, but there's no way you can be calm about this. This is like Christmas.”

The Official Charts Company has noted that 17 of the Top Forty albums in the midweek charts are acts that performed at Glastonbury, including Sunday’s headliners The Who. Florence + The Machine, who filled in at the last minute for the Foo Fighters, benefitted from the Glastonbury effect when their third album How Big, How Blue, How Beautiful climbed to Number One once more on last week’s chart.

This week’s chart will also be a very special one for another reason – it’s to be the final time that the countdown is announced on a Sunday. From then, the official charts will be announced on a Friday as part of a global, synchronised release schedule for music around the world. It means that all new music will be released on a Friday, rather than a Monday.

More: Could Glastonbury be moving to London?

Lionel Richie feels as if he has 'survived' fame

Lionel Richie to return to UK next summer for Nocture Live