Lionel Richie has been named the 2016 MusiCares Person of the Year, following in the footsteps of previous recipients Sir Paul McCartney, Bruce Springsteen and Bob Dylan. 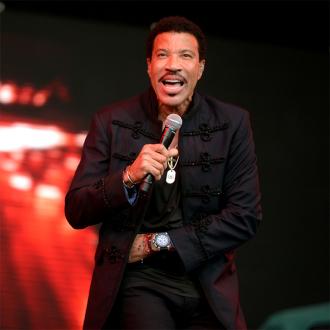 Lionel Richie has been named the 2016 MusiCares Person of the Year.

The 66-year-old singer will be honoured with the accolade next year in recognition of his extensive career with the Commodores and as a solo artist, as well as his tireless charitable efforts for causes including breast cancers, AIDS, poverty and human trafficking.

Speaking about the award, he said: ''As far as I'm concerned, this is the highest honor in our music business because it means you have a career.

''You've survived the journey, if you will. The people who have been there defy categories. When you say Barbra Streisand, Bob Dylan and Paul McCartney -- are you kidding me? When I got in this business I wanted to be like them.''

The 'All Night Long' hitmaker - who has sold over 100 million records during his career - will be celebrated at the 26th annual MusiCares benefit gala, which will take place two nights before the 58th Grammy Awards, on February 13 2016.

Along with the award presentation, a star-studded tribute concert will celebrate Lionel, with Pharrell Williams, Lady Antebellum and Luke Bryan already confirmed to perform.

The evening - which will also include a reception, silent auction and dinner - will be held to raise money for MusiCares, which helps musicians in need of financial, medical or personal help.

In 2015, the prestigious prize was presented to Bob Dylan, while other recipients in recent years include Barbra Streisand, Neil Young, Sir Paul McCartney and Bruce Springsteen.