Richie joked that when he heard Adele's 'Hello', he tried to copyright the song title.

Lionel Richie jested today that he contacted Adele’s lawyers having heard her latest single, trying to copyright the phrase ‘Hello’.

The 66 year old singer, who recently announced a massive UK tour following his successful appearance at Glastonbury Festival earlier this year, spoke to The Sun and, with tongue firmly in cheek, remarked that he contacted lawyers to figure out whether he might have a case. No, unsurprisingly, came the answer. 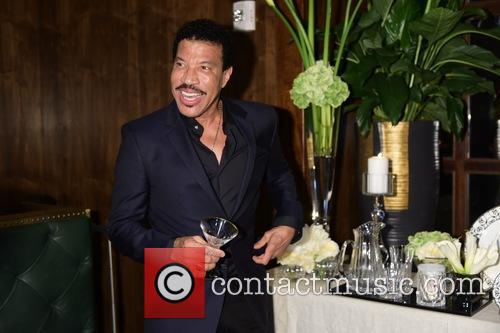 “You can’t use my word without my acknowledgement, thank you very much,” Richie joked. “I have been trying to figure out, from a legal point of view, can you own a word?”

“So far all the lawyers have told me, ‘No’. I’ve tried . . . but the association is fabulous!” When asked whether he still planned to do the much-vaunted collaboration with Adele, bringing that viral mash-up to life, he responded: “We will meet. When she’s on tour I’ll catch her backstage.”

31 years ago, Richie had a huge Number 1 hit around the world with his own song called ‘Hello’, and many noted the similarity not only in the title when Adele released the first single from 25 in October, but also a passing resemblance in the opening chord progressions.

Indeed, the 27 year old English singer is facing the potential of a court battle over one of her other songs, ‘Million Years Ago, after fans of Kurdish-Turkish singer Ahmet Kaya claimed yesterday that she stole substantial parts of the song from him and his track ‘Acilara Tutunmak’.

Richie had previously told E! News earlier this month that a duet was indeed a possibility: “We are going to be doing something together - that's already almost in the works… I can almost say that we are talking, but right now she has a mission. Her mission is [to] get her record out and go on tour, so until she finishes that cycle, that won't happen just yet. She is committed to that.”