Lionel Richie admitted he is superstitious about recording his vocals and always has to wear one of his favourite hats in the studio. 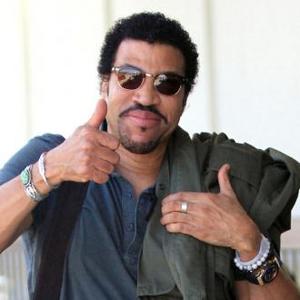 The 'Dancing on the Ceiling' singer is particularly superstitious when it comes to laying down his vocals, and has to be wearing one of his favourite hats before he'll step into the vocal booth.

He said: ''I can't record a song unless I have a special hat on my head.

''That's probably the strangest thing about me. I have my Charmed hats that I have to have before I can record. It's either a beanie or it's a tennis hat. We all have our things.''

Lionel, 62, went from being sharp dressed and cool in the 70s with The Commodores to having a slightly less fashionable image in the 80s, but he claims he was happy about that.

He added to Q magazine: ''I've got to be honest with you, 'cool' and 'hip' were the two words I wanted to stay away from. I was looking more for something like 'standard', which is considered a bad word.

''When you think of certain songs, you don't think of what year it came out. It doesn't matter because everybody is singing it. And I wanted to have a standard song like that. The thing that scared me about being cool was it meant that I was cool today. And tomorrow I'm uncool.''