LA hair metal group Steel Panther were a major main stage draw on the Sunday afternoon, bringing their loud and lewd live show to the Donington grounds. The extravagantly dressed, '80s rock parody four-piece were on filthy form, persistently encouraging the girls in the crowd to get topless and even inviting 17 of them onstage during the ode to sexual stamina, '17 Girls In A Row.' Lead singer Michael Starr bumping and grinding with umpteen women all at once may not have been particularly PC but it definitely made for a scene to remember. Oh, and we were pretty tempted to give diva bassist Lexxi Foxx's many pouts and hair flicks a whole bullet point of their own. 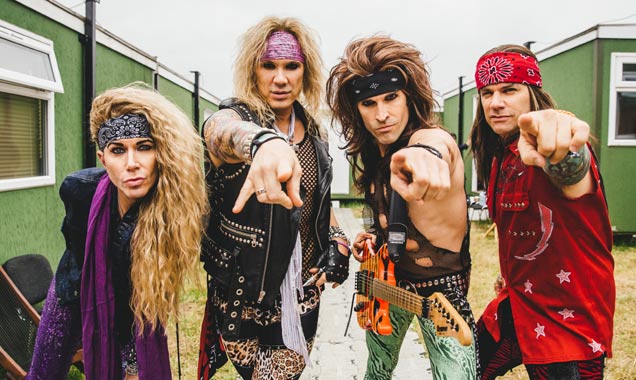 Big Hair, Spandex & Lyrics That Would Make Your Gran Faint: It Can Only Be Steel Panther!

Avenged Sevenfold had a tough challenge to accomplish, headlining the festival's opening night and convincing their many doubters that they deserve a place at the top of the most famous rock festival on Earth. The Californian heavy metal quintet had both rock charisma and performance bombast in spades, bringing an enormous and elaborate stage set and filling the whole park with their dramatic, ground-shaking and rather evil-sounding rock. Ear-crushing metal riffing was placed alongside mellower, lighters-out moments with a seemingly constant heavy artillery of fireworks and eyebrow-singeing pyrotechnics. Without a hint of exaggeration, the lengthy set saw A7X position themselves as the successors to the stadium rock power of the likes of Metallica or Iron Maiden. 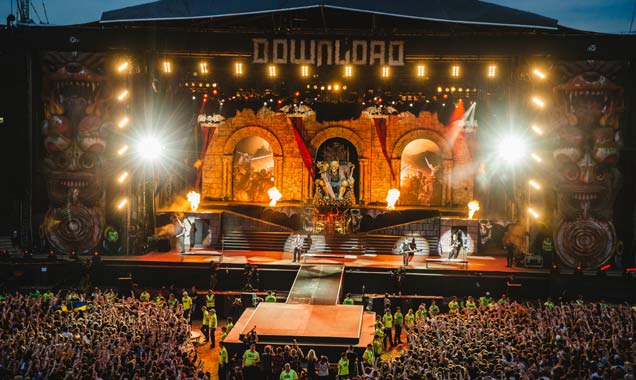 Avenged Sevenfold Proved Themselves Worthy Of The Title "Rock Titans" At DL2014.

If you had torn yourself away from the main stage on the Saturday afternoon, you may have caught The BossHoss on the Zippo Encore stage. Unconcerned with having played the exact same slot and stage in 2011, Germany's greatest country punk rock outfit were back to have a ball at DL2014. Assembling no less than ten musicians onstage, the Berlin kings of "country trash punk rock" invaded the airwaves with ferocious, fist-pumping country, and a foot-stomping cowboy party. The highlight of the show came when each of the musicians was given a chance to showcase their skills with a solo during 'Word Up,' leading to Hank Williamson showing off a mind-blowing washboard solo whilst lead Boss Burns poured beer down the rippled steel. The washboard: all the cool kids will be getting one for Christmas '14.

Next Page: Skindred get the crowd moving, Killswitch encourage safety, and Rob Zombie sings into a skull.