They'll be bringing forth a new album in the Spring.

Noughties nu metal band Linkin Park return with a brand new album entitled 'One More Light' this Spring, with the first single announced as 'Heavy' featuring Kiiara. You can catch them live in South America and doing the Europe festival rounds from May 2017. 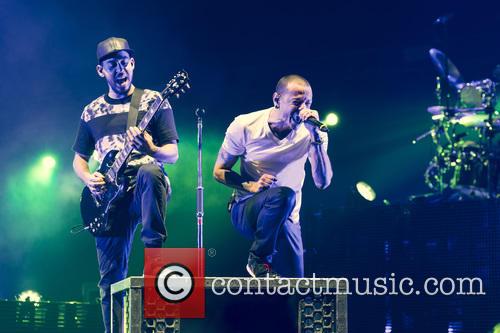 Linkin Park are back with new single 'Heavy'

The sixth track on the new album, 'Heavy' was co-written by Julia Michaels and Justin Tranter and it's set to make its radio premiere on February 21st. It's a stark contrast to the music the band are best known for, favouring club beats and autotuned vocals over gritty rock singing and guitars.

New album 'One More Light' follows their 2014 album 'The Hunting Party', which reached number 2 and 3 in the UK and US charts respectively. They also released a live album entitled 'The Hunting Party: Live from Mexico' that year. Since then, the only other work they've done was an appearance on Steve Aoki's 2015 single 'Darker Than Blood'.

For the Linkin Park superfans out there, the band have also made available a special box set for pre-order. It includes a limited edition hardcover book of album art, an original photograph, a pin set, a vinyl and a t-shirt, as well as the physical CD itself and an instant download of 'Heavy'.

Linkin Park are touring South America in May, with dates in Brazil, Argentina, Chile and Peru. They are then due in Europe in June for a series of festival appearances the likes of Download Festival in Paris and Madrid, Prague's Aerodrome Festival, Germany's Hurricane Festival and Hellfest in Clisson, France to name but a few.

'One More Light' is set to be released on May 19th 2017 through the Warner Bros. label.