Linkin Park singer Chester Bennington has written some ''incredible'' songs for their next record, according to the band's DJ, Joe Hahn. 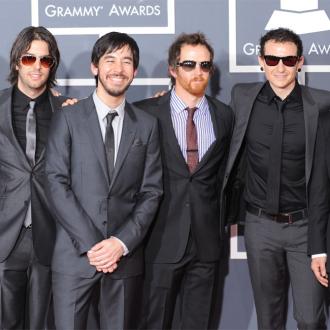 Linkin Park's Chester Bennington has written some ''incredible'' songs for their next record.

The 'Crawling' group have started initial sessions for their sixth album and DJ Joe Hahn has been blown away by the ideas their singer has come up with so far.

He told RollingStone.com: ''Especially recently, Chester's songwriting has been incredible. He'll come to the studio with some stuff where we're like, 'How did that happen?' ... he's definitely a person that has a lot of stuff inside of him, and you can tell by watching him perform it's there and it needs to come out.''

Joe added he thinks the band's continued success is down to the way all six members - himself, Chester, Rob Bourdon, Brad Delson,

He said: ''It's a culmination of the six of us. We all bring different things to the table. But it's the life experiences that we have individually, and the more stuff we do individually the more it empowers the individual, which everyone benefits from.''

Joe also said he is a huge fan of dance music, and has recently made a film, 'Mall', which he hopes to debut next year.