Linkin Park frontman Chester Bennington will start the bands US tour injured, but has vowed not to let it affect his performance. 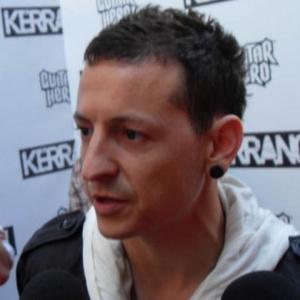 The singer with the 'The Catalyst' group has not been able to warm up for shows with his usual rigorous workout because he's still suffering from "stupid" ailments he sustained last year - but promised this will not stop him from giving his all.

He told The Pulse Of Radio: "I tore a ligament in my left hand last year, playing basketball at Chuck E. Cheese, which is like a pizza place for kids.

"I injured my back a few years ago, that's been acting up. The last show in Australia, I bent over to pack my bags and I tore a little bit of my back again.

"But that's not gonna prevent me from going out and shredding on this tour. I'm gonna go out and it's gonna be like nothing happened."

The group - which also includes Rob Bourdon, Brad Delson, Dave Farrell, Joe Hahn and Mike Shinoda - are playing in the US after a string of European and Australian shows in support of album 'A Thousand Suns' and Chester admitted he finds playing his hometown, Phoenix, Arizona, both a good and bad experience.

He said: "I know a lot of people and everybody wants to go to the show so I kinda just want to hide.

"When you have a guest list that's a thousand people deep it kind of becomes a job, I have to do to wrangle all of the guests or say no to a lot of people.