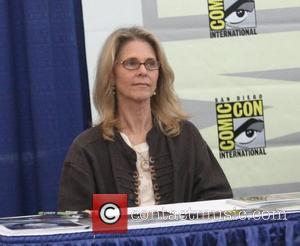 Actress Lindsay Wagner is facing legal action from a man who claims he was injured in a car crash caused by her son.
Kumarashinghe Abewardanage alleges he suffered multiple injuries when The Bionic Woman star's son Alex Kingi rear-ended his vehicle in a traffic accident, according to Tmz.com.
He has now filed a lawsuit over the crash and has named Wagner as a defendant as she is the registered owner of the car Kingi was driving.
Abewardanage is seeking damages in excess of $25,000 (£15,625).