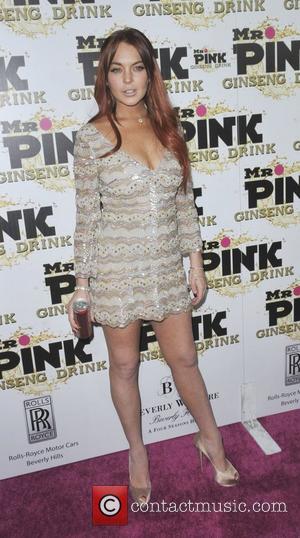 Lindsay is known for many things; dodgy acting performances, crashing cars, stealing things and getting drunk, to name a few. She’s good at all those things, but her political musings are a less-reported facet of her repertoire. "I just think employment is really important right now," She explained when asked if she was keeping up with the election. "So, as of now, Mitt Romney. As of now." She also said “It’s a long story,” but didn’t give any hints to what that meant. Lohan had more to say about her new autumnal hair colour, though, explaining: "It's actually the wrong color than it's supposed to be. But it's the color of my natural hair and it will get there." Lindsay was at the Beverly Wilshire Hotel, promoting the launch of new vitamin drink, Mr. Pink.

Lindsay has rarely been out of the headlines recently. This time, it was a fight with her mother that caught attention of the press, and her neighbours, who had to phone the police to calm everything down. The Daily Mail has since reported that Linsday is feeling contrition, though. “I told my dad a really hurtful and untruthful lie about my mom,” she explained. “She was not on cocaine. Daughters have fights with their moms. It happens a lot. It's normal.”