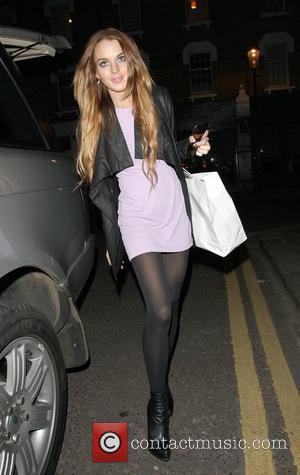 Lindsay Lohan's girlfriend Samantha Ronson has denied the actress once paid hundreds of dollars to get her lover's hair cut.
The DJ was furious when celebrity blogger Perez Hilton reported that Lohan had paid a stylist $500 (£344) to cut her girlfriend's hair.
Ronson insists the claims are ludicrous and has dismissed them as fiction.
She writes on her MySpace.com blog, "It doesnt cost $500 to cut my hair. Have you seen my hair? I dont even have that many strands. If for some reason I decided that I was going to throw $500 away on a hair cut I would pay for it myself, however - I have a great exchange going with my hairdresser - I make him cds - he cuts my hair. Yay! Cheap and cheerful! So there! I just stooped to your level I guess thats what too many hours alone in a hotel room in DC can do."