Lindsay Lohan's lawyer Mark Heller is working on a plea deal which would see her dodge a stint in rehab. 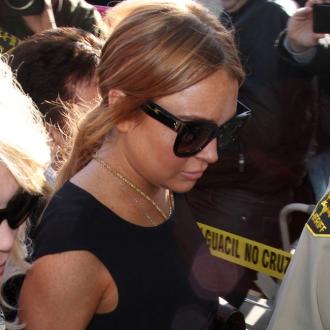 Lindsay Lohan's lawyer is working on a plea bargain which would see her avoid rehab.

The 26-year-old actress - who has been accused of lying to police about whether or not she was driving during an accident on the Pacific Coast Highway last year - previously rejected a proposed deal that would allow her avoid jail time in return for a 60-day stint in rehab but she may still manage to remain out of prison.

A source told RadarOnline: ''A plea deal could be reached without Lindsay being forced to go into treatment,. Since she wasn't arrestedor charged with crimes related to drugs or alcohol a plea deal requiring her to go to rehab isn't the only way a resolution can be reached. There are other possibilities including the options of Lohan undergoing extensive counseling and lengthy community service.''

Lindsay's attorney Mark Heller has been working with prosecutors to try to iron out an agreement.

The insider added: ''Talks between Mark Heller, and the City Attorney's office are ongoing and both sides are hopeful a plea deal can be reached soon that is mutually agreeable.''