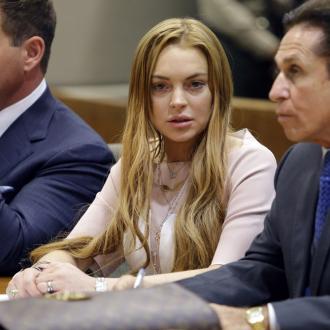 Lindsay Lohan's father is furious that she celebrated avoiding jail by going out partying.

Michael Lohan is shocked the 26-year-old actress - who was sentenced to 90 days in rehab after entering a last-minute ''no contest'' plea to driving offences in court yesterday (18.03.13) - went to Hollywood's AV Nightclub soon after the hearing, arriving in the back of her billionaire friend Mr. Pink's car.

He told RadarOnline.com: ''Are you kidding me? Just when you think things are getting better, the same people who were in court with Lindsay, and heard the judge instruct her not to be around people or places that drugs might be present, are the same ones out with her attempting to go into a club last night!''

Lindsay was told by the judge that she must submit proof of where she is in rehab within 45 days, and Michael believes she should have been ordered to seek treatment immediately so that her lawyer Mark Heller and her mother Dina Lohan would not be able to interfere in the matter.

He said: ''Maybe waiting 45 days is too long? I wish she'd let me pick out the rehab now and even pay for it, but then again, Heller and Dina wouldn't approve even if it was the best. Or will they pay?''

The troubled star tried to arrive at the night club unnoticed by covering her herself with a blanket but never got out of the car and ordered her driver to take her home after 15 minutes because the paparazzi were taking pictures of her.

Lindsay pleaded ''no contest'' in relation to charges for lying to police about driving her Porsche when she hit a cement truck on the Pacific Coast Highway last June while still on probation for stealing a necklace.

As well as 90 days in rehab, the 'Liz & Dick' star was also sentenced to 30 days of community service and 18 months of psychotherapy, two months of which she has already completed.