Lindsay Lohan's father, Michael Lohan, has branded socialite Barron Hilton a 'vulgar disgusting human being' for accusing the actress of ordering an assault on him. 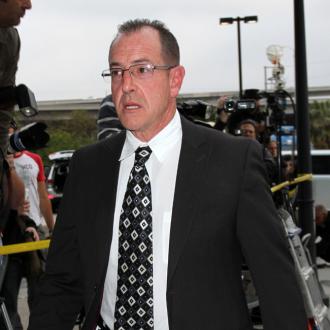 Michael Lohan has hit back the hotel heir, 24, who is Paris Hilton's younger brother, after he accused the 'Mean Girls' star of ordering her friend, Ray LeMoine, to allegedly attack him after he insulted the actress at a house party in Miami, Florida, last Friday (06.12.13).

Michael has rushed to defend his daughter and told gossip website RadarOnline.com that he had no doubt that Barron was the ''instigator'' of the incident that lead to him being hospitalised.

He said: ''Barron has been in trouble in the past, this isn't the first time. He has had a lot of issues himself. I heard he was involved in a fight about three years ago with someone that he was accused of beating up.''

He added: ''I have no doubt that he was the instigator and pointed the finger at Lindsay.

''He is a vulgar disgusting human being. A really horrible person.

''I wish I had a party and he showed up and wouldn't leave.''

Barron's aunt, Kyle Richards, previously defended him and insisted Lindsay was to blame for the assault.

She said: ''He is the most kindest, gentle soul you ever met: He would not lift a finger against anyone.

''He made a comment against her that wasn't polite, and she went up and said, 'Want to speak against me? This is what you get.'

''And these people jumped him and beat his face. I just saw him the night before I arrived here and he was all broken - his face.''