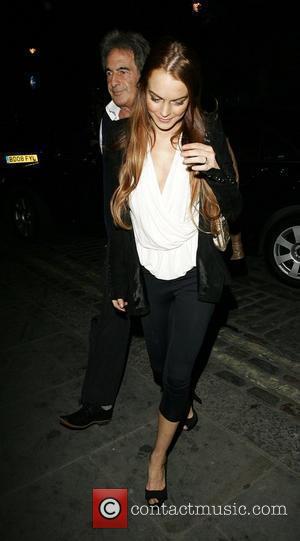 Lindsay Lohan's father MICHAEL LOHAN is hoping his daughter's romance reconciliation with Dj Samantha Ronson is a good thing - because the couple has spent the past three days together without drama.
Lohan was shocked when his daughter boarded a plane bound for Los Angeles with Ronson in London on Monday (08Jun09) and snubbed a planned family gathering in New York.
He reveals the actress was supposed to join her brother Michael on a flight from Heathrow, but instead he flew alone.
Michael Lohan tells WENN, "He flew to New York on an earlier flight and, at this moment in time, I honestly don't know what is going on with Lindsay and Sam.
"My son spent time with his sister in London and tells me she's controlling herself - she may have gone out and drank a little bit and stuff but she was in control. She was doing the right thing."
Lohan reportedly quit drinking after a spell in rehab last year (08).
Her father has been critical of the actress' relationship with Ronson in the past, but he's willing to give the girls a pass if the DJ appears to be good for his daughter.
He adds, "I'm happy to see that while she (Lohan) was there (in London), Samantha had her business and Lindsay had her own and there was no turmoil. They were able to be in the same city abroad and there were no problems... Let's see what happens."