Lohan To Testify In Mother's Case 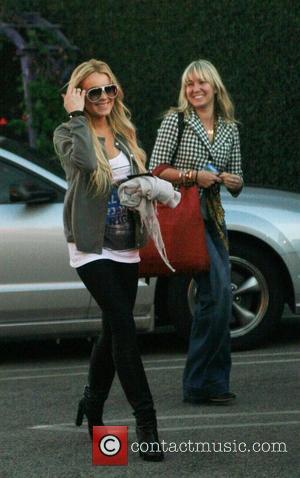 LATEST: Singer/actress Lindsay Lohan has been subpoenaed to a California law office to give a deposition in her mother DINA LOHAN's legal battle against fraud charges. Music producers ANTONIO ALMEIDA and MITCHELL CHAIT allege they signed a three-way partnership deal with DINA LOHAN and producer Emilio Estefan involving the Mean Girls star's music career in 2002. However, in 2004, Dina went on to sign a deal with Tommy Mottola's Casablanca Records, which produced Lindsay's two albums SPEAK and A LITTLE MORE PERSONAL (RAW). Almeida and Chait allege they worked on half an album's worth of material with Lindsay and Estefan between 2002 and 2003 and Dina owes them tens of thousands of dollars they lent her for the youngster's singing career. Lindsay, 20, has been ordered to bring all records of communication between herself, her mother, Mottola, her father MICHAEL LOHAN, Estefan and Mad Management LLC to a Santa Monica law office for an oral deposition on 29 August (06).