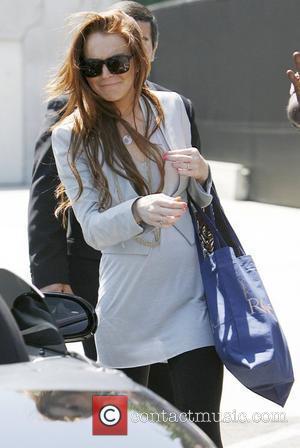 Lindsay Lohan's on-off relationship with Samantha Ronson appears to be back on track - the couple celebrated the actress' birthday together on Wednesday night (01Jul09).
The Mean Girls star turned 23 on Thursday (02Jul09) and hosted a lavish party on Saturday (27Jun09) at the MGM Grand hotel and resort in Las Vegas.
DJ Ronson missed out on the Vegas trip but was at Lohan's side in Los Angeles on Wednesday.
The pair dressed down in jeans and matching hats as they hit The Ruby nightclub to dance the night away.
Lohan and Ronson split earlier this summer (09), but were spotted together at Heathrow Airport in London - where they caught a flight to Los Angeles together last month (Jun09).