Lindsay Lohan would not do a sex scene on new movie 'The Canyons' until all members of the crew took off their clothes. 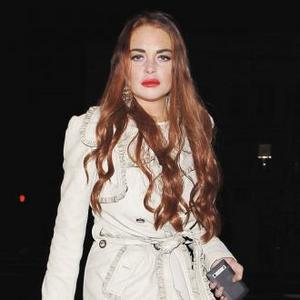 Lindsay Lohan refused to do a sex scene on a new film until the crew stripped to their underwear.

The troubled actress - who has previously posed nude for Playboy magazine - was filming a scene on 'The Canyons' that requires her to go topless, but she was so nervous she would not do it until the cameramen and other people on set took off their clothes with her.

After hesitating, the crew eventually agreed and filmed the rest of the scene in just their underwear, TMZ.com reports.

Lindsay has been through a difficult few years, entering rehab on a number of occasions and undergoing community service for a DUI case, but has been keen to get her life back on track in recent months.

She completed filming on TV movie 'Liz & Dick' - where she plays the late Dame Elizabeth Taylor - earlier this summer and now working on 'The Canyons'.

However, she has experienced a number of setbacks, including two car crashes this year.

In the most recent incident, her car tapped the back of a silver Mustang on Sunset Boulevard, but she and a male passenger did not stay long as they were concerned about paparazzi.