Lindsay Lohan is worried her reality TV show 'Lindsay' on Oprah Winfrey's OWN network has jeopardised her chances of a career ''come-back''. 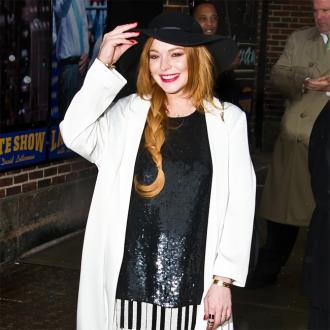 Lindsay Lohan fears her reality TV show has jeopardised her chances of a ''true come-back''.

The 27-year-old actress began filming her series 'Lindsay' following her release from rehab last year, but she recently admitted to a relapse on camera, and she's now worried it will prevent her from rebuilding her movie career.

A source told RadarOnline.com: ''[She] feels that her chances of having a true come-back have been hurt by doing this reality show.''

The 'Mean Girls' star, who has sought treatment for drug and alcohol abuse on six separate occasions, was caught out by her life coach AJ Johnson in the latest episode of her reality show on Oprah Winfrey's OWN network when she found a bottle of wine in her apartment.

The flame-haired beauty reacted furiously to being confronted on camera and initially denied having some booze, before admitting to ''screwing up.''

However, Lindsay is reportedly annoyed at producers for only showing her struggles, instead of airing other aspects of her life that may appeal to potential employers.

The source explained: ''For example, there was about five hours of footage shot when Lindsay fulfilled part of her community service obligation by working with at-risk kids. On the show, only 10 minutes made it to air. She actually put in more time than was required that day, and that was completely ignore.''