Lindsay Lohan Wants To 'Prove Herself'

Lindsay Lohan insists she has turned her back on partying and now wants to 'prove herself' in an effort to rebuild her career. 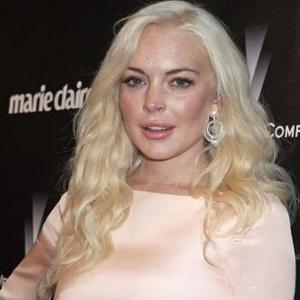 Lindsay Lohan insists she wants to ''prove herself''.

The troubled actress - whose career has been plagued by addiction and run-ins with the law - says she has put the partying behind her and now wants to work on rebuilding her career.

She said: ''I went out, actually, a few months ago with a friend. And I was so uncomfortable. Not because I felt tempted, just because it was just the same thing that it always was before. And it just wasn't fun for me. I've become more of a homebody. And I like that.''

The 25-year-old 'Freaky Friday' star - who has been in and out of jail and rehab since 2007 when she was arrested for drink driving and cocaine possession - is currently carrying out court-ordered community service at Los Angeles County morgue.

But having been dropped from movie projects in the past, Lindsay is seeking a fresh start and hopes her hosting slot on 'Saturday Night Live' on March 1 and her role as the late Elizabeth Taylor in a forthcoming Lifetime film could herald a new beginning.

She added: ''I could see where it could be scary for people to invest In Me. And I don't want people to have that reason to be scared anymore.

''Being able to have this opportunity with 'SNL' and the film, I'm going to do what I'm supposed to do, and enjoy doing it, and do it as best as I can.''