Lindsay Lohan insists she is too busy to find love, but when she is ready to date, she doesn't want to romance another famous person. 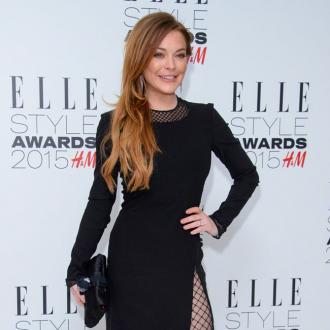 The 'Mean Girls' actress insists she is currently too busy for love, but when she is ready for romance, she doesn't want a relationship with someone else in the public eye.

She said: ''I haven't really thought about [dating] in a while, I've been so focused on my career.

''At this time, I'd probably have to say someone not in showbusiness, maybe a businessman, but I'm just enjoying being single and enjoying experiencing everything here.''

The troubled actress - who has undergone six stints in rehab - moved to London to appear in stage show 'Speed-the-Plow' last year and even though the production's run ended some time ago, she has stayed in the UK and says the city now ''feels like home''.

She told Homme Style magazine: ''It's a nice fresh start....[London] feels like home, I miss it every time I have to leave for work and can't wait to get back. I go back to NYC and LA for family and work.''

The 28-year-old actress - who has previously been romantically linked with the likes of James Franco, Wilmer Valderrama, Zac Efron and Joaquin Phoenix - also admitted she never feels sexier than when she is naked.

Asked what she feels sexiest wearing, she said: ''Naked and wearing Chanel No.5! But I do love lingerie. Lace is always the best, and I feel beautiful in a night slip. It's fun to be girly and womanly.''