Lindsay Lohan has vowed to stay away from men in a bid to make her life less stressful and relaunch her acting career. 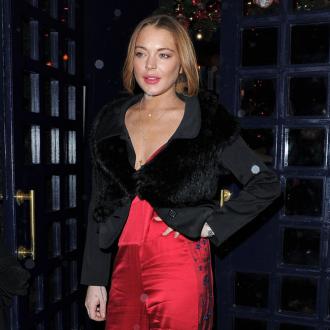 Lindsay Lohan has vowed to stay away from men.

The 'Mean Girls' actress was left red-faced in 2014 after a list of 36 of her former lovers was leaked, and is now ensuring she doesn't get in a similarly sticky situation by going on an ''emotional detox'' in a bid to be taken seriously as an actress once again.

A source revealed: ''Lindsay is fed up with the emotional roller coaster that comes with dating, so she's told friends that she's giving up sex and dating in a bid to clear her head.

''She wants to have an emotional detox - her routine is crazy right now and she's keen to have a more settled life.''

But despite the 28-year-old star - whose former flames include The Script frontman Danny O'Donoghue, The Wanted member Max George and England rugby player Danny Cipriani - promising to stay celibate, her pals remain unconvinced she will be able to go the planned 12 months without bedding a man.

The source continued: ''It's going to be tough and her friends aren't entirely confident she'll pull it off, but everyone is being totally supportive.''

However, Lindsay - who previously had a two-year on/off relationship with Mark Ronson's sister, Samantha - is hoping her lifestyle choice will help her to focus on gaining a positive attitude and less stressful life.

The source told Closer magazine: ''She knows that using men to boost her confidence is not the best way to feel good.

''She says she wants to focus on being drama-free as she adjusts to a healthier life.''