'Mean Girls' actress Lindsay Lohan has reportedly turned to hypnotherapy in a bid to quit cigarettes ahead of her 'Speed-the-Plow' stage debut on September 24. 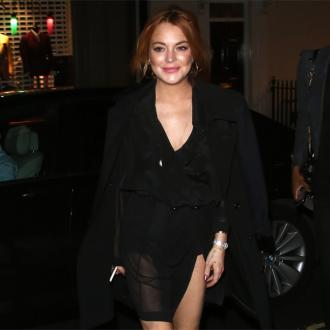 The 'Mean Girls' actress has reportedly turned to alternative medicine to kick her nicotine addiction before her West End debut on September 24 for David Mamet's play, 'Speed-the-Plow'.

A source told The Sun newspaper: ''Lindsay knows all eyes will be on her and she's worried if she starts to crave nicotine on stage, it'll put her off.

''Some people may not believe in the powers of hypnosis, or think it's all about swinging a watch about, but Lindsay is willing to try anything to make sure she's a hit.''

The 28-year-old starlet has already gone to rehab six times and in 2013 told talk show host Oprah Winfrey that she has been addicted to cocaine.

When it was announced that Lindsay would be making her stage debut in London this year, the actress admitted that she was nervous on opening night.

She said: ''I'll be freaking out on the first day. I either do really well under pressure of really horribly. There's no in between.''