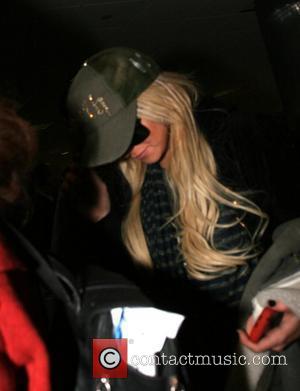 Picture: Lindsay Lohan is escorted through LAX airport by Los Angeles police, after being greeted by a frenzy of photographers when arriving at the airport...

Lindsay Lohan is returning to her comedic roots with a starring role in Jack Black's new film.

The Hollywood starlet, who garnered praised for her funny turn in The Cult hit Mean Girls, will join Black in the upcoming YE OLD TIMES  which follows two rival renaissance fair troupes on the competitive circuit.

It is currently unclear what part Ms Lohan will play.

The film will be the 21-year-old actress's second since coming out of rehab last year.

According to E! News Online, her mother recently confirmed that she is in talks to appear in two other big screen projects  although she did not reveal what they were.

Meanwhile, Lindsay recently hit the headlines after two paparazzi were arrested after waiting outside an LA nightclub for her.

The photographers were charged with misdemeanour offences and released on bail.

The arrests come as part of a long-awaited crackdown on the celebrity stalking paparazzi, introduced to protect stars from the snappers who will go to great lengths to get their money shots.

A further two photographers were arrested on Tuesday evening after they blocked a sidewalk waiting for Britney Spears to emerge from a beauty salon.