Lindsay Lohan to move to London?

Lindsay Lohan is said to be keen on a move to London after falling in love with the city's nightlife and she likes the freedom she gets to go out compared to being Los Angeles. 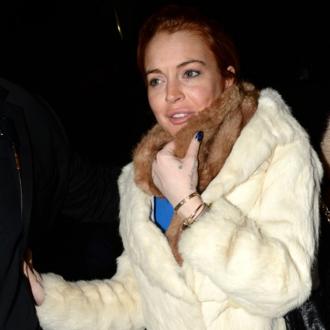 Lindsay Lohan wants to move to London and ''stay under the radar''.

The actress - who is said to love the nightlife in the capital of the UK - is has enjoyed a recent trip to the city so much she is keen to make a more permanent switch from Los Angeles.

A source told the Sunday Mirror newspaper: ''Lindsay loves London nightlife and has been out almost every night since she's been here.

''She feels like she can stay under the radar a bit more here than in LA, and can out more freely. Lindsay has said she'd love to live in Notting Hill.''

It was recently reported Lindsay is dating a British student from Liverpool and she is said to be smitten with part-time model Christian Arno Williams, who she was overheard bragging about their romance during a trip to exclusive celebrity nightspot Boujis in Kensington, London

An insider previously said: ''Lindsay was overheard gushing about her new boy toy that she has been seen out with this week. Telling anyone who would listen how great he is.''