Lindsay Lohan has told friends she is giving up dating and sex for 12 months as part of an ''emotional detox''. 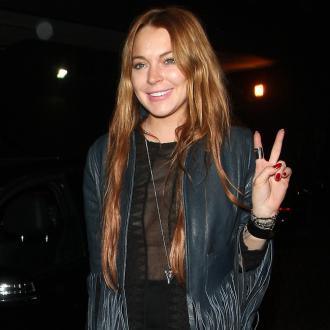 Lindsay Lohan is ''giving up'' men and going celibate for a year.

The 28-year-old actress - who was horrified when a list of 36 former lovers was leaked last year - has told pals she is planning a ''emotional detox'' as part of her plan to get her life and career back on track.

A source told Closer magazine: ''Lindsay is fed up with the emotional roller coaster that comes with dating, so she's told friends that she's giving up sex and dating in a bid to clear her head.

''She wants to have an emotional detox - her routine is crazy right now and she's keen to have a more settled life.

''She knows that using men to boost her confidence is not the best way to feel good.''

Lindsay's pals are said to be doubtful whether she will still to her no sex vow but have pledged their support anyway.

The source added: ''She says she wants to focus on being drama-free as she adjusts to a healthier lie.

''It's going to be tough and her friends aren't entirely confident she'll pull it off, but everyone is being totally supportive.''

Among Lindsay's confirmed former lovers are former The Wanted singer Max George, England rugby player Danny Cipriani and Calum Best, while she is rumoured to have had romantic liaisons with James Franco, Justin Timberlake, Ryan Reynolds and Colin Farrell.

She was in an on/off two-year lesbian relationship with Dj Samantha Ronson - the sister of producer Mark Ronson.