Actress Lindsay Lohan was in The Front row for Kanye West's debut fashion show over the weekend at Paris Fashion Week. 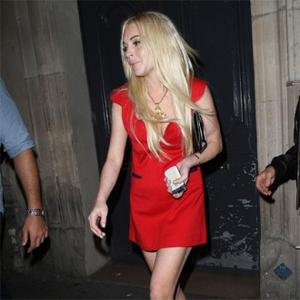 Lindsay Lohan was in The Front row for Kanye West's debut fashion show over the weekend.

The 'Mean Girls' actress attended the KW by Kanye West Ready to Wear Spring/Summer 2012 show yesterday (02.10.11) at Paris Fashion Week and was joined by the likes of Mary-Kate and Ashley Olsen, Ciara and Jared Leto.

Before the show, Kanye admitted he was nervous about showcasing his designs as he didn't want to be known as just a "celebrity designer".

"The biggest conversation I hope I can end tonight is whole 'celebrity designer' thing. That's the biggest hurdle when you want to get amazing people to work for you."

However, his show didn't win over the critics, with many calling his creations boring and dull.

The New York Times said: "Next season Kanye should get a tailor so clothes might fit. Models swimming in some looks."

Other shows to have taken place over at Paris Fashion Week over the weekend included John Galliano, Givenchy and Kenzo, with supermodel Gisele Bundchen and actress Chloe Sevigny closing the last two shows respectively.