Lindsay Lohan has been branded a ''train wreck'' who couldn't remember her lines when she shot her '2 Broke Girls' guest appearance earlier this week. 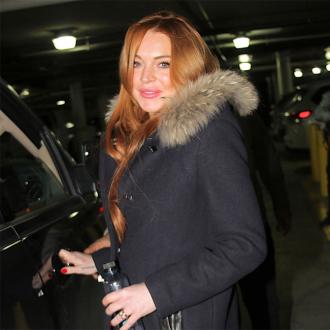 Lindsay Lohan has been branded a ''train wreck'' over her '2 Broke Girls' appearance.

The troubled actress shot a guest appearance on the show on Wednesday (12.03.14), but an unimpressed audience member said filming was a disaster because the star repeatedly messed her lines.

Writing on the Crazy Days and Crazy Nights blog, the audience member said: ''Lindsay was a train wreck... you only want to watch so many collisions before you realize you have better things to do with your life.

''[We, the audience members] are very familiar with every single one of Lindsay Lohan's lines and can repeat them all verbatim to you because we heard them so many times last night. There is not a member of the audience who couldn't do a better job than Lindsay Lohan did last night.''

According to the audience member, producers even began changing Lindsay's lines to make it easier for her.

The blog post continued: ''Lindsay had a lot of trouble stringing together the various permutations required... the lines were reduced and reduced.

''There was no point in trying to get it all right because it was not going to happen.''

And the insider hit out at the actress - who was cast as an indecisive bride who hires main characters Max (Kat Dennings) and Caroline (Beth Behrs) to make her wedding cake - for damaging her voice with smoking and claimed she has undergone so many wrinkle-freezing Botox treatments she was unable to speak properly.

The post added: ''Lips so plumped out she couldn't really get them open because of her Botox which also caused her to have trouble pronouncing certain words.

''Of course she won't be able to pronounce anything if she keeps smoking because her voice is rapidly disappearing into some type of screaming smoking raspy hell hole.''

''There was a scene later on in the show that required Lindsay to say the words Hawaii and Bahamas in succession. She couldn't move her Botoxed muscles enough to get that combination down without pausing between each.''