A Planned Appearance By Lindsay Lohan At The Toronto International Film Festival On Sunday (13sep15) Was Cancelled At Short Notice Due To Scheduling Issues. 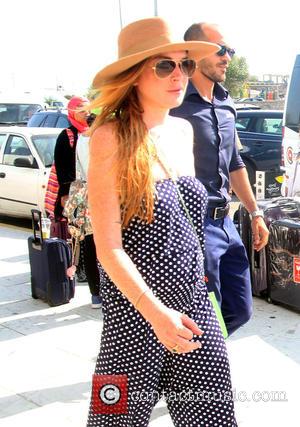 The Mean Girls star had been expected to promote her upcoming thriller Inconceivable at the annual event by making an appearance at Set nightclub, but the party was subsequently scrapped.

An organiser for the club bash tells the New York Post the gig was pulled because "the timing did not work out for everyone to get to Toronto".

The news sparked speculation the cancellation could be linked to immigration issues, as Canadian border authorities are known for their strict entry requirements, which can prove troublesome for anyone with a criminal record.

A representative for Lohan, who has previously faced charges including driving under the influence, drug possession, theft and probation violation, has yet to respond to the reports.

However, a representative for the film's producers insists Lohan, 29, was simply too "busy", adding, "I just know she was not able to come (to Canada)."