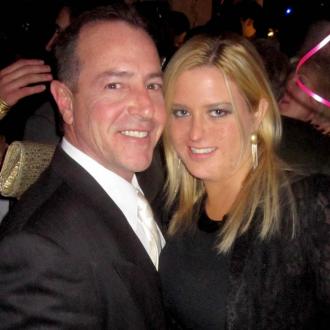 Lindsay Lohan's father doesn't want to get involved in her ''mess''.

The 26-year-old star's father Michael Lohan has lashed out at her New York lawyer Mark Heller, who was recently called ''incompetent'' by a judge and advised to get a California based lawyer to assist him, for allegedly using Lindsay for publicity and believes she should have accepted a plea deal that would have sent her to rehab instead of going on trial next Tuesday (19.03.13).

He told gossip website RadarOnline.com: ''I heard that Mark Heller has decided that he is going to finally get a California lawyer to help him and he's going to tell the judge this at the last minute and that will cause another delay and then Lindsay won't have to appear. Heller is just looking for a delay and I'm not going to get involved in this mess.''

Lindsay has already rejected three plea deals including 45 days in jail, 90 days in rehab or 90 days under house arrest after being charged with lying to police about driving her car during an accident on the Pacific Coast Highway in California last June.

Michael blasted Mark for not convincing Lindsay to accept one of the offers, all of which have now been revoked as the prosecutors prepare for the trial.

He said: ''Heller didn't call any witnesses or take any depositions; the deal is getting worse the more he waits!

''All she needed was to go into treatment. If she went into treatment she would have her freedom and her life back. Which obviously Heller is not concerned with. He just wants his name out there!''

The showbiz matriarch also hit back at his ex-wife Dina for recently claiming Mark has been like a second father to their daughter.

He said: ''I am appalled that Dina would even say that! He can't even manage to help her in court!''

Even if the former 'Mean Girls' star is acquitted, she could still go to jail for up to 245 days for violating her probation, which she has been on since July 2011 after being found guilty of stealing a necklace.