A California Judge Has Set New Limits On Lindsay Lohan's Court-ordered Community Service, Capping The Hours Of Work She Does Per Day. 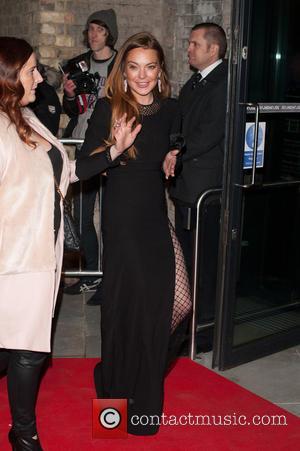 Last month (Feb15), prosecutors questioned the legitimacy of the Mean Girls actress' tasks after she rushed to clock up 240 hours of volunteer work by January (15) as part of her sentence relating to a 2012 reckless driving case.

She claimed to have worked with Britain's Community Service Volunteers (CSV) organisation while she was living in London and starring in a West End play, but prosecutor Terry White discovered her log included hours for meet-and-greet sessions with fans and time during which she allowed youngsters to shadow her while at the theatre.

As a result, Lohan was ordered to undergo another 125 hours of community service after the Los Angeles judge rejected more than half of the work she had completed.

On Wednesday (11Mar15), White limited the actress to a maximum of four hours of community service in one session, as opposed to the six hours per day she previously clocked, according to TMZ.com.

Lohan was not present for the hearing, but her attorney Shawn Holley attended. White also stated that he spoke to CSV bosses in London, and gave the go ahead to continue monitoring Lohan's hours as she continues to reside in England.