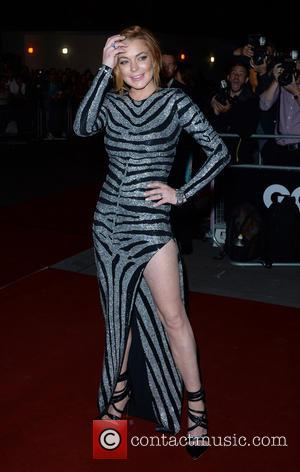 Lindsay Lohan may have some explaining to do after revealing she "rolled" the body bag containing Whitney Houston's remains while serving time at the Los Angeles County Morgue.

The actress was performing her community service there in February, 2012, following a probation violation when she claims Houston's body was brought in and assigned to her.

Talking about her chequered past in an interview with the Daily Telegraph, the Mean Girls star says, "It's different for me than it would be for other people. Like, no one would really have to work at the morgue in L.A. and roll a body bag for Whitney Houston."

But staff at the L.A. Coroner's office insist that, although the timeline may be correct, Lohan would not have come in contact with Houston.

A spokesman tells Tmz.com that Houston's remains were never in a body bag and insists that no one in the probation programme came in contact with the tragic singer's body.

The official adds Whitney was wrapped in plastic with a sheet cover the entire time she was at the morgue.