Lindsay Lohan ditched her flight to Los Angeles for her trial on Monday (18.03.13) in order to go to a club to see the band City of the Sun. 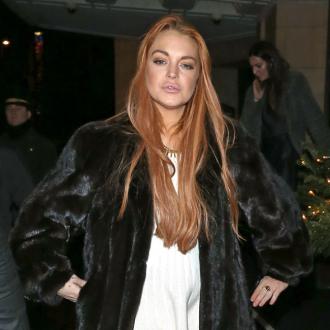 Lindsay Lohan missed a flight to Los Angeles on Saturday (16.03.13) in order to go clubbing.

The 'Liz & Dick' actress is due in court on Monday (18.03.13) to begin her trial for allegedly lying to police following a crash on the Pacific Coast Highway in June and although she had a flight booked from New York to Los Angeles, she skipped it in order to go to a club to see the band City of the Sun, according to TMZ.

The actress is currently trying to schedule another flight but if she doesn't show up in court a bench warrant will be issued for her arrest.

It was recently revealed Lindsay, 26, won't receive any ''special treatment'' in her court case despite her lawyer Mark Heller trying to agree a deal with prosecutors to prevent a trial.

A source said: ''The prosecutor will absolutely object to any motion that is filed attempting to prevent the trial from beginning. Heller has had more than enough time to prepare the case for trial, and if he tries to pull a stunt at the eleventh hour in hopes of causing a delay, he is going to be in for a very rude awakening.

''The California courts are overloaded right now, and any delay would only cost taxpayers money. Lindsay can expect to get no special treatment this time around, despite what she's been used to in the past.''