The 27 year-old actress has allegedly penned down 36 former famous lovers, and some of the stars are in long-term relationships. 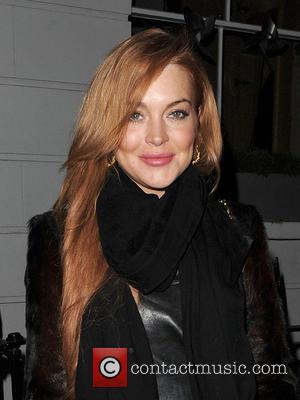 Picture: Lindsay Lohan - Lindsay Lohan leaves a male friends house, and heads into town for a night out with him. Before Lindsay emerged, a Metropolitan...

Lindsay Lohan has allegedly penned a lengthy list of all the people she has had sex with, and there is a few familiar faces among it.

The 27 year-old has named 36 famous lovers on a piece of paper which has been obtained by InTouch Weekly.

Among the A-Listers Lohan has had sex with are Ashton Kutcher, Zac Efron, Adam Levine and the late Heath Ledger.

The magazine claims a source handed over the piece of paper, which was written when Lindsay and a few of her friends were at the Beverly Hills Hotel on January 30th.

"They were giggling and talking s--- about people in the industry," the source said.

"It was her personal conquest list," the insider continued. "She was trying to impress her friends with the list and then tossed it aside."

There seemed to be so many ex-lovers, that the 'Mean Girl' actress seemed to have a hard time remembering them all.

Lohan paused "as if she had to remind herself of who they were," the source added.

Other big stars on the list were Irish actor Colin Farrell, Joaquin Phoenix, James Franco and The Wanted's Max George.

"The list has some pretty big names on it, and they're not all single guys," an industry insider told the mag. "This getting out now could rock several Hollywood relationships to the core."

Lohan has not yet commented on the exposed list, nor has any of the stars featured on it.

In attempts to confirm that Lohan did write the list, there are comparisons been made to a handwritten thank you note she made to the 'Saturday Night Live' crew...and it looks very similar.

The former Disney star shared the thank you note on her Instagram last October (2013).