Lindsay Lohan in Liz and Dick, Bitten Off More Than She Could Chew? 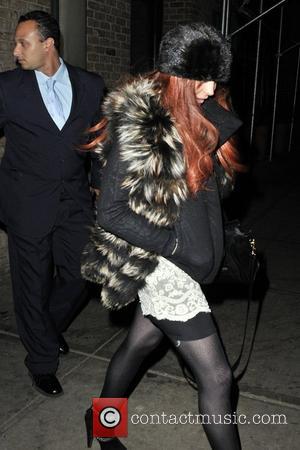 The run up to Lifetime's Elizabeth Taylor biopic Liz & Dick has been as controversial as Liz's own life, and as anticipated as any of her movies. Sadly, all this hype has largely been due to the problems that Lindsay Lohan, starring as the Queen of Hollywood, has garnered for the production.

From being found unconscious in her hotel room to the enormous insurance policy and 'what if' clauses in her contract the tabloids haven't been able to leave the Lohan stories alone. While her co-star Grant Bowler (you'll recognise him from Ugly Betty), who's playing Taylor's husband Richard Burton, believes Lohan was the right choice, preliminary reviews of the production disagree.

MTV report that Grant said, "I think it was a very smart decision on a lot of levels. And it has been interesting, because reading the press before we started, there was a lot of questioning, like, 'Why cast Lindsay as Elizabeth Taylor?' And then right from the start, by the very fact that the tabloids were running around after it, you had your answer."

Grant's advocation for her role seems to be surrounding the attention the film has received, rather than the quality of her input, and the New York Daily News review agrees. "Elizabeth Taylor loved diamonds. This new movie about her life feels more like rhinestones." Adding, "It's tempting to say the movie's big problem is that Lohan is no Liz Taylor. And she isn't - though that's not entirely her fault... Liz Taylor in her prime could do that. She could make men melt. Lindsay Lohan's Taylor does not."

Liz & Dick will air on Lifetime on November 25th.