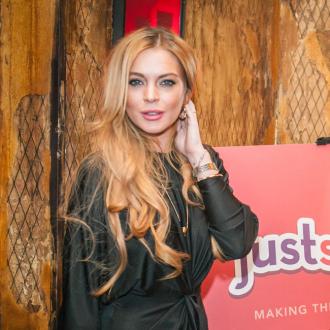 The 27-year-old actress has been linked to model Christian Arno Williams in recent weeks, but has now confirmed she is completely unattached.

She told Australian radio station KIIS 1065: ''I do not have a boyfriend, that can be confirmed.''

The 'Mean Girls' actress was also quizzed about filming her new reality show with her ''second mother'' Oprah Winfrey, explaining that she wanted people who may only know wild persona to discover the ''human'' side to her

Lindsay said: ''I was at a point in my life when things were starting to turn around and change, so we thought it it'd be good if people shared that with me and saw a different side of me which that haven't really gotten to see.

''I wanted to show that I'm just a human being and a normal person and I have every day experiences that everyone else goes through in life.''

The flame-haired star claims she's cut all alcohol and drugs out of her life since leaving rehab last year and has finally learnt how to enjoy herself on a night out while sober.

Lindsay added: ''I don't go out with my friends and expect them not to have a drink, but that doesn't mean that I have to do the same things as they're doing.''