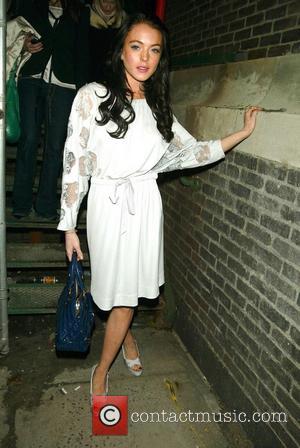 Lindsay Lohan is determined to stay clean and sober after her sixth rehab stint because the troubled actress finally accepts she is addicted to alcohol and chaos after her most recent 90-day, court-ordered stay this summer (13).

The Mean Girls star sat down for an interview with Oprah Winfrey just four days after she was released from a treatment facility in Malibu, California earlier this month (Aug13), and the Tv chat aired in America on Sunday night (18Aug13).

Lohan kicked off the hour-long special by recalling her past rehab stints and legal run-ins, and revealed her life started unravelling in 2007, when she was arrested twice.

She told Oprah, "I got a second Dui within two months of leaving (rehab centre Promises)... I didn't take Promises seriously.

"There are moments, at that age for me, I related on and off but I didn't really acknowledge that there could be an issue... I'd just turned 21, I wanted to be able to have fun. I did the same thing again."

She served treatment time at the strict Cirque Lodge clinic in Utah and then found herself behind bars for violating her probation in 2010, but it was only when she was ordered to return to rehab for 90 days earlier this year (13) that she pledged to turn her life around.

Lohan explained, "It's always such a circus when I go to court; it's just so humiliating... and I think I just hit a wall. I was just tired. When I spoke to (lawyer) Shawn (Holley) I just said, 'I think the best option is for me to go to treatment and take these three months to really just take care of myself and find myself'.

"I don't think in the past I've ever fully surrendered to the fact that I just need to shut up and listen. In this case I wasn't fighting at all... I came into it just really willing and really craving more spirituality, really open and ready to get really honest."

She blames her past problems on her addictions and troubled home life: "(Alcohol) in the past was the gateway to other things, for me... I tried cocaine with alcohol... It allowed me to drink more. I think that's why I did it when I did it... I snorted it. I've never injected anything other than getting B12 (vitamin) shots. It went hand in hand with drinking.

"And I grew up in a very chaotic home and there were moments of everything just being wonderful and perfect, and then things being so uncontrollable and chaotic. It's something that people go through and unfortunately I have waited too long to face it even though I've been going to see a therapist for years and years."