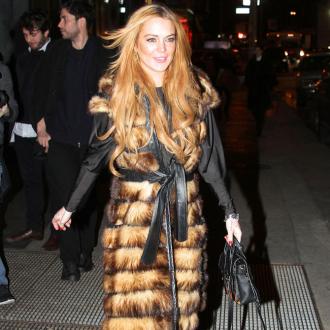 The 27-year-old actress, who released her debut album, 'Speak' in December 2004, is interested in moving on from her pop past and spent some time experimenting with Electronic Dance Music (EDM) tracks in a recording studio in New York City last weekend.

A source told gossip website TMZ.com that Lindsay, who signed a recording contract with Casablanca Records, headed by Tommy Mottola in 2004, is eager to ink a new deal with a label but hasn't signed anything yet.

The insider said that 'The Canyons' star has also been in touch with her friends in the industry, including Lady Gaga and ex-boyfriend Max George from The Wanted, to ask them for advice and support.

The 'Confessions Of A Broken Heart' hitmaker, who released her second album, 'A Little More Personal' in December 2005, is also writing her autobiography.

Although the book is in its early stages, Lindsay started it as a series of journal entries while in rehab.

The book is expected to see Lindsay open up about every aspect of her life including becoming a child star, allegations of drug use, relationships with famous people - including her same sex fling with DJ Samantha Ronson - legal troubles and rehab stints, her most recent of which saw her complete 90 days of court ordered treatment in California.