Lindsay Lohan has claimed she has only ever had cocaine ''four or five'' times, and opened up about her first experience with alcohol. 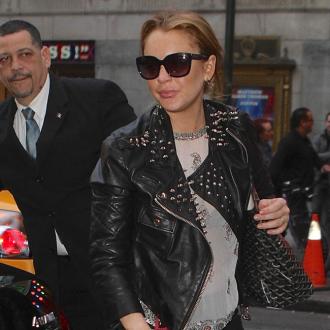 The troubled star revealed her DUI arrest in 2007 was her first experience with drugs, and has insisted people over-estimate how much she has taken the drug.

She said: ''Everyone thinks I've done it so many times. But I've only done it maybe four or five times in my life ... It's the truth.

I've never taken heroin either, never injected myself with anything, never done LSD. Those things all scare me.''

The 'Liz & Dick' actress admitted she has taken other drugs and said her experiences on ecstasy were ''better than the others''.

She told the Mail on Sunday newspaper's Event magazine: ''[I've taken] pot, obviously. And ecstasy. I liked that better than the others. I didn't drink on it, so I was just chilling.

''It's something that a lot of people experience when they're in college.''

Lindsay also claimed she was never a big drinker, explaining she was ''responsible'' as a teenager and hated her first alcoholic drink at the age of 17.

She added: ''I got really sick and Mum made me sleep with vmit still on me so I'd understand how it felt. I didn't drink again throughout high school.

''I was too scared ... Me and my friends would actually pretend to be drunk. And it was more fun.

''I never rebelled against my parents - I worked hard, I was responsible and I didn't go to high school parties.''