Lindsay Lohan reportedly ''flipped'' when she found out her mother Dina is set to join her in the UK to take up a place on British show 'Celebrity Big Brother'. 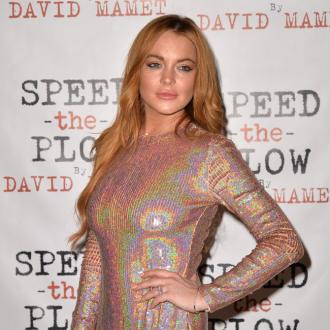 Lindsay Lohan ''flipped'' when she heard her mother would be joining her in the UK.

The 'Mean Girls' star was reportedly left fuming when she found out her mother Dina is set to appear on the next series of British show 'Celebrity Big Brother'.

According to an insider, the 52-year-old star is '''in the final negotiation stages'' of signing up for the Channel 5 show but Lindsay wasn't happy when she heard the news.

A source shared to gossip website TMZ: ''Lindsay flipped and began screaming [when she heard], saying she had no right to come to England.''

Lindsay first moved to the country temporarily for a stint in West End show 'Speed-the-Plow' but has since decided she'd like to live there permanently.

She said previously: ''I can go for a run here on my own. I do every morning, early, and I think how my friends in New York would still be up partying at that time. I needed to grow up and London is a better place for me to do that than anywhere else.''

When asked if she'd consider moving back to Los Angeles, she added: ''I won't live in LA again, hell no. My friends tell me s**t when they come over I don't want to hear. I don't even know who got married and who got pregnant.

''You turn on the news in LA and it is all gossip about people ... I haven't heard myself mentioned on TV since I have been here. That has been really weird for me, and great.''