Lindsay Lohan Wants To Run For President Of The United States In 2020. 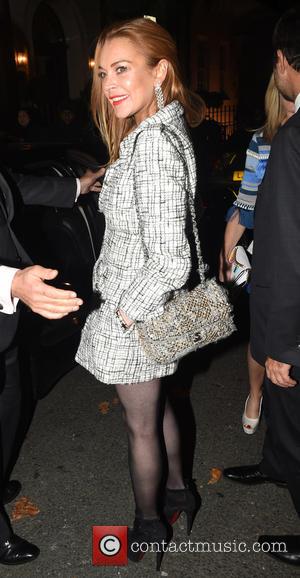 The Mean Girls actress shared a photo on Instagram.com on Friday (16Oct15), crediting Kanye West as her inspiration to enter the political world.

"In #2020 I may run for president," she wrote. "Through ups and downs #YESWECAN lets do this @kanyewest #truespirits thank your (sic) for inspiring us to be better people @barackobama..."

Lindsay later shared another photo on the social media site of herself and Kanye, with the caption, "The first thing I would like to do as president of (American flag emoticon) is take care of all of the children suffering in the world. #queenELIZABETH showed me how by having me in her country."

It's unclear if Lindsay was being serious about her intentions, as she has yet to comment further on her Instagram posts.

The actress is the second celebrity to announce their bid for the White House in 2020, after rapper Kanye revealed he would be running for office at the MTV Video Music Awards in August (15).