Lindsay Lohan left a restaurant without paying her £840 bill while on holiday in Greece last month, with staff eventually tracking down one of her pals and forcing them to pay up. 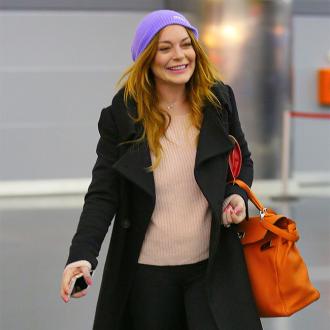 Lindsay Lohan left a restaurant without paying her £840 bill.

The 'Mean Girls' star was out for dinner with a big group of friends at expensive eatery Sea Satin Market in Mykonos, Greece, when the group got into the fishy situation last month.

A source revealed: ''She invited about 10 guy friends to dinner at the Sea Satin restaurant and ordered crab legs and lobster - the most expensive thing on the menu.''

However, as the hefty bill was placed on the table, staff claim Lindsay and her friends had fled without paying up for their expensive feast.

The source added: ''Everyone, including Lindsay, split without paying!''

But determined restaurant staff spent several days frantically trying to track the 29-year-old star down leading to the bill eventually being paid.

The source told Life and Style magazine: ''Eventually one of her friends returned to the restaurant to pay up.''

This isn't the first time the 'Freaky Friday' actress has got herself into similar situation.