Lindsay Lohan's altercation with Barron Hilton has turned her new boyfriend, model Morgan O'Connor, off her. 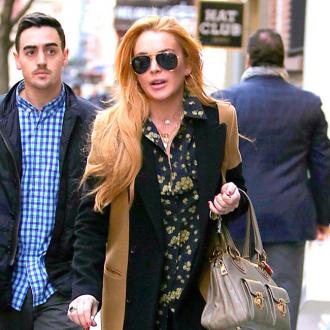 Lindsay Lohan's altercation with Barron Hilton has turned her new boyfriend off her.

The troubled actress was getting close to model Morgan O'Connor, but after she allegedly ordered for Barron to be beaten up by Ray Lemoine at a house party in Miami on December 6, he is keeping his distance from her.

A source told PerezHilton.com: ''Lindsay had a tantrum when she would see Morgan's ex-girlfriend at events. She would throw her arms in the air, stomp her feet and fling her hair around. She was acting like she was 10 years old.

''Morgan wants nothing to do with her at all. He is telling people that he is nervous and freaking out that his career is going to be affected by all her crazy evilness. She's obsessed with him. He is telling his friends he is not her boyfriend and doesn't want to be with her.''

It has also rumoured a conversation between Morgan and Barron at the Miami mansion triggered the entire incident.

A source told RadarOnline: ''Morgan was telling Barron [that] Lindsay was acting weird, and a bit sketchy, were the exact words he used.

''Barron retorted that Lindsay was a lying drug addict, and warned Morgan not to get sucked into any of her drama.

''One of Lindsay's friends overheard the conversation and told her what Barron said, causing her to freak out.

''She demanded Barron be tossed [from the party] immediately and this is when Ray got involved.''

Lindsay's friends deny she had anything to do with the fight, and also claim she ''isn't exclusively dating Morgan, they hook up for sex.''

A journalist who was at the party also says Lindsay was sober the entire time.

Lindsay MaHarry wrote: ''Due to her probation, and the $2 million sobriety contract with Oprah [Winfrey], she was laying low, firmly on the wagon.''