Lindsay Lohan told British band McFly such graphic details of her sex life when she invited them out for a meal that they couldn't finish their dinner. 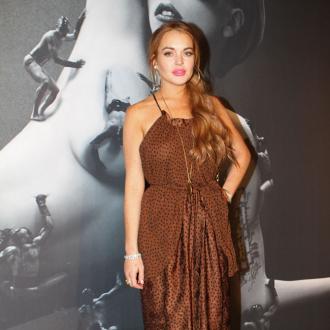 The 'Liz & Dick' actress invited the group - who were appearing in her 2005 movie 'Just My Luck' - to a meal during filming in New Orleans and told them such tales of her bedroom antics that they couldn't finish their steak dinner.

In their autobiography 'Untold Things: Our story', drummer Harry Judd explained: ''We drove to the restaurant, but we hadn't even walked in before Lindsay started reeling off to me all the Hollywood A-listers she'd been with, before explaining that she preferred older men.

''As we sat and ate, she told us all these stories - graphic stories about her sex life, enough to put us off our steaks.

''Later we met up with other members of the cast and crew at Club 360, a revolving penthouse venue overlooking the French Quarter.

''Under the staircase was a room, dimly lit with red lights.

''A bed in the middle, and on the bed a couple having sex, there for everyone to see. The kind of party bands should be going to.''

However, it didn't stop him almost hooking up with the actress although Harry revealed their intimate encounter was ruined by bandmember Danny Jones.

He added: ''Lindsay grabbed me by the hand and followed me into a bathroom. Then she shut the door behind us.

''As I turned around, she lunged at me. This was full on and it lasted for quite some time.

''Then things started to get a bit more serious. A bit steamier.

''One thing led to another. We moved from first base to second base, and then, just as I was about to seal the deal, Danny walked in, 'Oh sorry, mate!'

''For a while Lindsay and I carried on getting a bit frisky but gradually she started to sober up.

'''You've got to leave before eight', she said. I didn't really want to leave. We had unfinished business.

''But then she announced she was tired, pulled one of those airplane eye-masks over her eyes and went to sleep. So much for my romantic night of passion.''