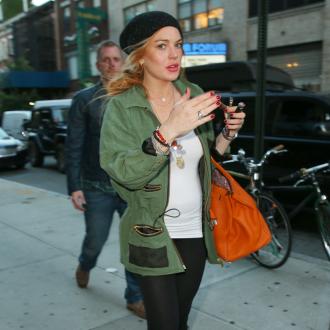 The 27-year-old actress - who was most recently linked with 19-year-old model Liam Dean - was seen growing close to Michael, 18, at a party last week ago, and again at Finale nightspot in New York City and onlookers claim they even spent time in the women's bathroom away from other revellers.

A source said: ''Lindsay seems to have this thing for younger men at the moment.

''They were together at a house party of one of Lindsay's stylist friends before Thanksgiving, and were together at Finale on Friday (29.11.13). Lindsay was seen leading him into the women's bathroom, hand-in-hand.''

Despite her closeness to Michael at the nightspot, Lindsay - who was also linked to teenage Ralph Lauren model Morgan O'Connor earlier this year - also spent time there with Dean.

The source added to the New York Post's Page Six column: ''The odd thing was that Dean was with them all night, even though Lindsay had been seeing him, too.''

However, a spokesperson for Liam insisted ''it's not true'' that Michael - whose mother is the actor's late wife Natasha Redgrave - is dating Lindsay, and the troubled actress' representative added: ''Lindsay is friends with Michael but they are not dating.''