Lindsay Lohan has completed her 125 hours of court-ordered community service ahead of her deadline. 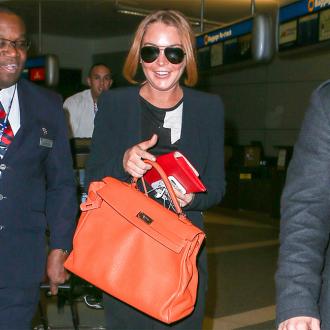 The 28-year-old actress, who was ordered to undertake 125 hours of voluntary work as part of her punishment stemming from a reckless driving incident in 2012, reportedly worked eight hours a day for more than two weeks in order to fulfill the requirements ahead of her deadline tomorrow (28.05.15).

Once a judge officially signs off on her performance in court tomorrow, Lindsay will no longer be on probation for the first time in almost seven years.

The starlet, who would have been placed in jail if she hadn't completed the work before the deadline, helped out with the gardening at a women's shelter in New York to clock up some of her hours and also volunteered at the Duffield Children's Centre in Brooklyn.

The 'Freaky Friday' actress was ordered to do more hours in February after a Los Angeles judge criticised certain tasks she had counted as part of her original punishment, including a meet-and-greet sessions with fans in London.